This article is a guest post from Shim Ravalia who studies a master in sports rehabilitation at the University of Kent (Gillingham, Medway). Now she is proposing a study on the effects of soy milk and semi skimmed milk in the recovery period after exercise on trained male cyclists by looking at the time to exhaustion. Participants who are regular readers here on Training4cyclists.com are included in this project.

Enjoy her detailed review of the current knowledge about recovery drinks.

Is soy milk a better recovery aid compared to semi-skimmed milk after exercise?
Does it increase time to exhaustion in trained cyclists?

The efficacy and importance of a recovery drink when balanced with training has to be deeply considered. The body is in a state of stress and needs a lot of nourishment after exercise (Carlson, 2008). The body is dehydrated, the blood insulin levels are low and cortisol and other hormones levels would be high; more importantly, the glycogen stores would be low or completely depleted and muscles would be breaking down (Ivy & Portman, 2004). This should be reversed by the nutritional strategy implemented.

Milk has been seen to be an effective recovery drink simply because of the components it has. Milk contains both whey and casein protein; whey is considered as to be a high quality protein and is more soluble than casein protein which also has a higher quality rating. Around 20% of whey is found in milk and 80% of casein is also found in milk (Pasquale, 2008).

Research has shown that the adding of protein to a carbohydrate drink is just as effective as a carbohydrate based drink for recovery after exercise; although carbohydrates is unquestionably of major importance, proteins is now considered to be of larger importance than previously thought (Niles et al, 2001). To add to the concept of using milk as a recovery aid, there has been new and limited research done on the possible benefits of using soy milk; although research is still limited in terms of the use of soy milk in endurance exercise, research has shown some interesting results with resistance exercise. Pasquale (2008) expressed that soy protein has the protein quality of 1.00 meaning that that it is equal in the quality of protein that it exists in other diary and egg proteins. To add to this point, Paul (2005) also stated that soy protein contains 2 high performance amino acids; Arginine and Glutamine which have a vital role in muscle recovery.

Bos et al (2003) cited by Roy (2008) looked at the increase in protein net balance and muscle protein synthesis which was defined by the consumption of 500ml of fat free milk compared to an soy protein beverage. The findings were that the soy based beverage was digested more quickly which led to an increase in blood concentrations of amino acids carrying it to plasma protein and urea synthesis. The rise in blood amino acids in the fat free milk however, was a lot slower and continued rising for a longer time providing more amino acids for muscle protein synthesis, but however, Bos et al (2003) used resistance exercise, not endurance exercise.

The proposed study has extracted the methology from Karp et als study (2006) using chocolate milk as a post recovery aid. With each participant undergoing a V02 max test with a gas analyzer to determine an individual’s maximum oxygen consumption and maximum power output. The participants will also do a glycogen depletion trial starting from 90% maximum power output riding for 2 minutes and then 2 minutes onto 50% recovery; this will be carried out onto a lode bike; the intensities would decrease by 10% every time the participant s can no longer keep up with their cadence. This is then followed by a 4 hour recovery where 355ml of a drink would be administered straight after the glycogen depletion trial and also another 355ml 2 hours into the recovery stage. The last section of the test is the endurance trial where participants have to ride as long as they can at 70% of their maximum power output. Blood lactate measurements will be taken before and after the glycogen depletion trial, 2 hours into recovery and before and after the endurance trial and analysed; body hydration status will be taken before and after both exercise trials using the bio electrical impedance equipment. 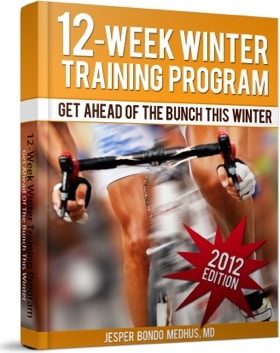