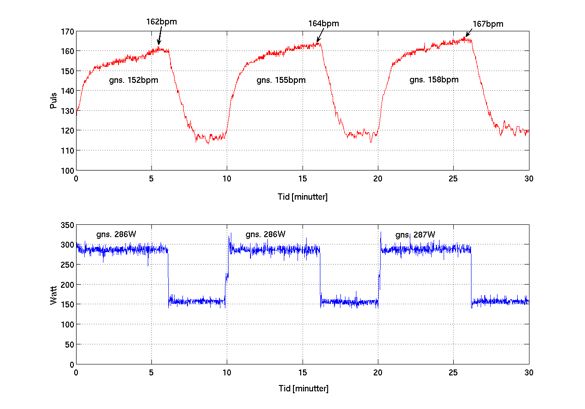 With advice and coaching from Jesper Bondo Medhus, Peter Ettles won a bronze medal at 3K Pursuit World Championships with only 10 Hours training per week.

“I must say that almost all my training was done on the road or on the turbo as I dont live anywhere near a track,so you can imagine my delight when I went to the Worlds and won bronze.”
Read the full story about Peter Ettles’ pursuit training.

Ever wondered how much difference it would make if you made your bike lighter?

I guess most serious riders once in while have concerns about their bikes whether they are light enough.

As previously described the bike weight has impact on performance – especially during climbing.

Therefore, I made an experiment back in 2008 on the most popular climb in Tour de France to figure out how much additional weight slows you down.

Read the full story: How much time does extra weight cost on Alpe d’Huez? “My improvement has made it much easier for me to gauge my effort on long rides. Also, I am able to ride long distances faster with less exertion.” Read the full story about ironman Dave Simonson

“I did a modified version of the vo2 max booster. Over 14 days I did roughly 12 of the intervals (i was doing a lot of teaching at that point in time) and increased my 5 minute power from 377 to 404 watts at 185 pounds.”
“I have improved my Vo2max test result by more than 40 watts in just 2 months with only approx 6 hours weekly traning.”
Read the full story about Time Effective Cycling Training

“Currently I train app. 7hrs per week and feel very competitive even though my training volume has been less than 1/3 of many of my competitors’.”
Read the full story behind the 12-Week Winter Training Program

His 5min maximum power went up to amazing 416w (+59W) and still weighing only 73kg. His 20min maximum power made a significant increment from 321 to 342w. I think these numbers speak for themselves.
Read the full story about Gonzalo’s amazing progress